How to use Backblaze B2 with Laravel

I am working on a Laravel project and decided to use a Backblaze bucket as it’s cheaper for storage when compared to AWS S3. I couldn’t find a tutorial on how to get it working from scratch and I tested a bunch of Laravel B2 libraries that didn’t end up working. The good news is that you don’t need a special B2 plugin and instead can use the S3 package recommended by the Laravel docs.

If you haven’t added the flysystem-aws-s3 package, add it to your project using composer:

Login to your B2 account and create your bucket with your required settings. Once created, you’ll want to create a new application key with the permissions you need for your app. You should get a confirmation once it’s generated:

Open your .env file and locate the settings for AWS. You’ll need to add one key that’s not there by default:

Match the settings in your .env from the application key to the values below.

Now you should be able to call the Laravel storage system like normal:

Why the Drobopro-FS Pro sucks

A few years ago, I purchased a DroboPro-FS Pro 8 bay NAS system. After getting a demo from one of my vendors, I was sold on the ability to have different sized hard drives, hot swapping, and the self repairing file system. Another feature I liked was that it also monitors the health of my hard drives. If one starts developing issues or gets full,  Drobo will warn me, and robotically shift my data to other drives until I can replace that drive. I did my research and at the time, it looked like a fantastic deal.

After a few years with it, I can readily admit I made a huge mistake in purchasing the product. I’m lucky in that the unit has not failed yet like it has for others but it’s also a horrible choice for backups for a myriad of reasons.

I purchased a Synology DS1918+ 8-Bay Drive and the differences are pretty stark. I’ve actually been moving important files from my Drobo over to it as a safeguard. 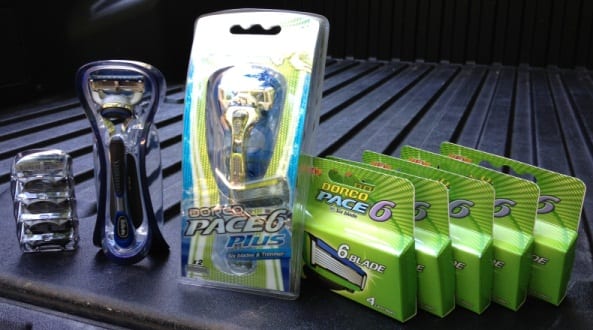 After watching the hilarious viral video, I recently took advantage of DollarShaveClub through a deals site to give them a try. I’m wary of services that make me lazier but the prospect of saving money on expensive razors was too good to pass up. The premise of the service is you don’t need to remember buying your own razor blades and they’ll be cheaper than the Gillettes you’d buy at the store.

After signing up for the DollarShaveClub service, about two weeks later, I received a razor handle in the mail in a tiny cardboard envelope. Yes, that’s right, just a razor handle and no blades. While I’m all for giving businesses a second chance, there’s nothing convenient about having to remind the company that’s supposed to take the burden of remembering your blades to send you the blades, especially when you’re out of razor blades and they take two weeks to send them. I did send an e-mail to their customer service to alert them that the blades were missing and it took three days for them to respond. I don’t know their volume but that’s a long time for a response in internet time.

After inspecting the new “Executive” blades, I did some searching and found out that the blades were simply Dorco blades that they were reselling at a marked up premium. Dorco sells the cartridges in a 4 pack of blades. For some odd reason, DollarShaveClub removes one from the pack and sends you the pack with three and an empty slot.

Since my whole premise was saving money, I decided to explore Dorco directly. For the same price as two months worth of DollarShaveClub, which would equal 6 cartridges, I was able to buy 16 replacement cartridges. Additionally, I received the replacements in three days.

I tried the Dorco Pace6 razor for two weeks. The verdict? It’s a decent razor. The handle is well designed and solid. My only complaint about the handle is that the base is really bulbous which makes it impossible to fit into my holder. The blades themselves only do a decent job overall. In comparing the Gillette vs. the Dorco, the Dorco requires more passes to do the shave even though it has an extra blade on it. They also absolutely suck shaving on my neck and have actually caused an ingrown hair. The Pace6 also does not provide as close a shave as the ProGlide so I have to shave more often. The Pace6 blade’s sharpness also doesn’t last as long as the ProGlide.

I’ve never had a cut, nick, or ingrown hair before with my ProGlide. After the negative experience, I’m sticking with the ProGlide even though it’s more money.